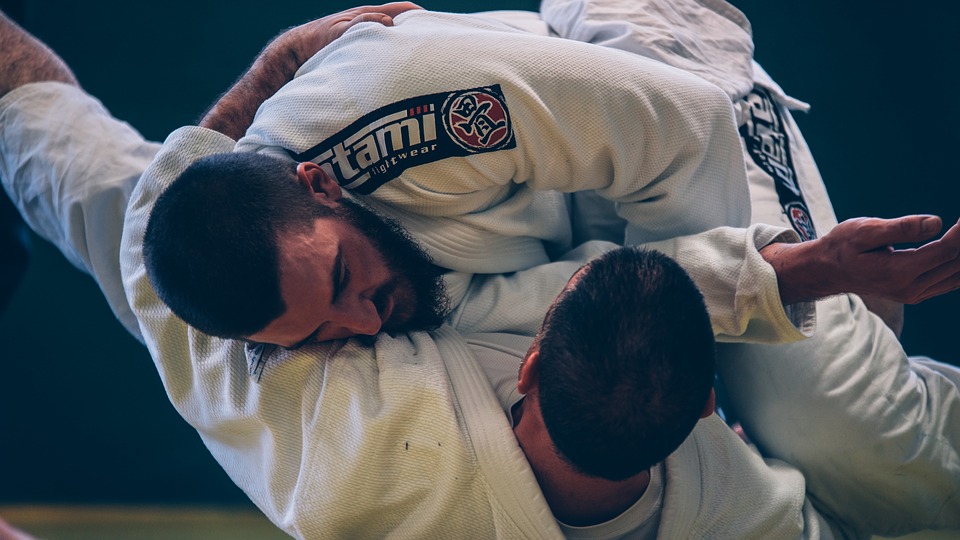 Brazilian Jiu Jitsu, or BJJ, is currently one of the most popular forms of martial arts. People practice it as both a form of self defense and as a combat sport. BJJ competitions are held all over the world in various styles with varying rules of competition. But, how do they work?

How Do BJJ Competitions Work?

There are several types of BJJ competitions that vary in their rule sets. Some of those types are IBJJF, Eddie Bravo Invitational (EBI), Combat Jiu Jitsu, Round Robin, Tournament Format, ADCC Format. How do they all work?

The IBJJF, or International Brazilian Jiu-Jitsu Federation, has their own competition rule set that they follow in competitions they organize or sponsor.

When you sign up for one of these you sign up with your name, age, gender, belt level, and weight. This will determine what division you are in for the competition. Your belt level also determines how long your matches are; white belts get 5 minutes, blue get 6, purple get 7, brown get 8, and black belts get 10 minutes.

These competitions are also very strict about competitors wearing Gis, they need to be white, black or blue and in good condition.

These competitions are also very strict when it comes to how they award points, with competitors needing needing to end up in specific positions after performing moves in order to get points. Two points are awarded for taking someone down, sweeping someone, or getting to the knee on belly position. Three points when you pass someone’s guard completely. Four points for either the mount or back mount.

Penalties and negative points can be awarded to competitors who perform illegal move or hold, are stalling for time, or even try to talk to the ref during the match. Certain moves and holds are illegal depending on what belt division you are in, the IBJJF famously has a long list detailing all the moves banned from each division.

The match is over when the time runs out, a competitor puts their opponent into submission or if a competitor is disqualified for excessive use of illegal moves or other reasons that can come down to the ref’s discretion.

The rules of the Eddie Bravo Invitational are rather straight forward. 10 minute rounds, no points, all submissions are legal. The winner is determined by submitting their opponent either during regulation time or in overtime rounds.

Combat Jiu Jitsu is a form of jiu jistsu that is much more aggressive and truer to the original style of Gracie Jiu Jitsu. Rounds last 10 minutes, strikes and slaps are allowed once a competitor has been “downed”(a competitor is considered “downed” when they have both their knees on the ground or their buttocks on the floor), no strikes when both competitors are standing, only open palm strikes are allowed, strikes to the face and body are allowed, all submissions are legal, and a match can be won by submission or by TKO.

Jiu Jitsu tournaments are typically single elimination. Meaning there is no losers bracket and if you lose a match then you are out of the tournament. They are set up of using a bracket format, either randomly determining competitors’ slots in the bracket or by using a tournament seed format. The exact rules of the tournament matches are then determined based on what organization is running it.

ADCC, or Abu Dhabi Combat Club, is another BJJ organization with it’s own competition rule set. The ADCC tournament is held every couple of years at a different spot around the world. Until such time, there are regional and continental ADCC trials which determine who gets a spot.

Matches last 6 minutes and are set up in two parts, the first part has no point system and can only be won by submission and after the halfway mark, points start to be awarded. A match by submission, points or a referees decision.

ADCC rules give points for the same moves as the IBJJF, they just award different amounts. Knee on stomach gets 2 points, mount position gets 2 points, back mount gets 3 points, etc.

Negative points get awarded if a competitor is being to passive in the match.

There are some other styles of BJJ in the world, and other tournament formats, but these will give you a beginners idea of how to answer the question: How Do BJJ Competitions Work?

Sources used in this article:

The ultimate guide to the EBI by Attack the Back

Combat Jiu Jitsu Beginners Guide by Attack the Back

0 shares
Special offer for our visitors